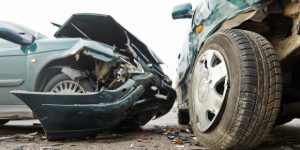 Retaining an attorney following an automobile accident is something an injured party should do as quickly as possible. An experienced attorney will move quickly to investigate the facts and circumstances of the accident. Evidence, like skid marks and debris at the scene, can quickly deteriorate, so getting to the scene to observe and take photographs quickly can be critical. There are also important issues that need to be addressed soon after an accident that can have an important impact on the case.

Massachusetts law requires a person who was operating a motor vehicle involved in an accident in which any person was injured to file an operator’s report with the Department of Motor Vehicles within five days. See G.L. c. 90 s. 26. If you have been injured in a car accident, this operator’s report becomes a critical document that can and will be used against a claimant by insurance companies and defense lawyers. It is therefore extremely important to consult with an attorney experienced in handling automobile accident cases before completing and sending in this report.

Apart from the legal and insurance issues, retaining an attorney as quickly as possible can save the stress and headaches associated with the process of filing a claim. 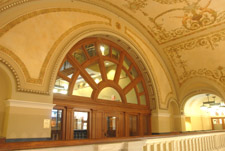 obtain priority liens in condo fee collection cases. The decision in Drummer Boy Homes Association, Inc. vs. Britton, SJC-11969, decided March 29, 2016, relies heavily on the Court’s interpretation of the Legislature’s intent in the condominium statute, Massachusetts General Laws chapter 183. According to the SJC, that intent was to provide condo associations with the necessary tools to ensure that condo fees are recovered so that associations can maintain properties and prevent community blight.

In Drummer Boy, the Defendant challenged the condo fee’s right under the statute to bring these successive actions. Although the Massachusetts Appeals Court agreed with the Defendant, the Supreme Judicial Court overturned the Appeals Court and decided that a condominium association may file successive actions to create priority liens for continuing unpaid dues after the first six months.