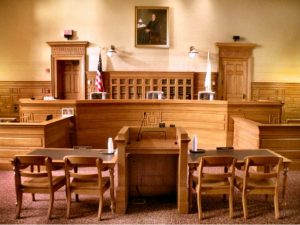 One of my firm’s key practice areas is handling criminal and civil appeals. An appeal happens when a party loses at trial, either because of a judge’s decision or a jury’s verdict, and wants to try to challenge the outcome. This area of practice is highly specialized because special rules and procedures apply that are very different from those at the trial level.

I have over a decade of experience representing parties in post-trial matters. I am currently a member of the Committee for Public Counsel Services Criminal Post Conviction and Appeals panel and the Children and Family Law Appeals panel. Take a look at the representative cases page for a small sample of some of the Appeals Court decisions that I have litigated.

If you are an attorney and need to refer an appellate matter, or a person or business who needs post-trial or post-conviction relief, please give my firm a call. 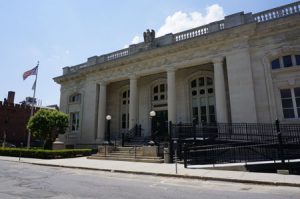 The defendant was accused of operating under the influence of alcohol. The arresting officer claimed that the defendant was heavily intoxicated, though the Commonwealth presented no evidence of field sobriety tests. The defendant was convicted, and KPDM Law LLC was retained to review the case for appeal.

After a thorough review of the transcript, and conducting an eyewitness interview, it was discovered that trial counsel had neglected to thoroughly interview a key witness who was present at the scene of the arrest. Although trial counsel did speak to the witness, she stopped asking the witness questions after the witness confessed that she did not witness the field sobriety tests. Had trial counsel inquired further, she would have discovered that the eyewitness spoke to the defendant at the scene of the arrest and could have disputed the officer’s testimony that the defendant was intoxicated.

In a Motion for New Trial, we argued that trial counsel was ineffective in failing to properly conduct the witness interview. We argued that trial counsel’s failure was not strategic or tactical, but rather a failure to properly investigate the case that deprived the defendant of effective representation. The trial court agreed and allowed our Motion for New Trial.