After announcing the launch of my new law firm, KPDM Law, LLC, I have received a great outpouring of support from clients, friends, and family. I thank you all for your support. I have been asked frequently why my firm specializes in the areas of personal injury, real estate, and business law. The answer is that these are all areas that I have developed expertise in my ten-plus years of practice.

In the personal injury area, I have represented hundreds of people who were injured as a result of another’s negligence. These cases include car and truck accidents, slip and fall, construction site and industrial accidents. I have represented clients at the highest levels, including before the Massachusetts and Rhode Island Superior Courts, and appeals courts. Please click on the representative cases link on my web site for examples, but I have achieved results for my clients that include six and seven figure settlements and awards.

For the past two years, I have represented banks and fortune 500 companies in real estate litigation and transactions involving residential mortgages, purchases, and sales. I have expertise in foreclosure defense, mortgage law, title issues, and all manner of residential and commercial real estate disputes. I represent both people and businesses in real estate matters ranging from closings to leasing, title problems, and property disputes.

Given my experience representing people and businesses in complex civil litigation, I have a unique perspective that I can draw on to advise small and medium-sized businesses in issues such as leases, contracts, corporate, and employment issues. I have represented both plaintiffs and defendants in Massachusetts and Rhode Island consumer protection violations, employment matters, and contract disputes. I bring this expertise to my business clients to help them navigate the complex waters of the business legal landscape.

Again, thanks for your support, and I look forward to helping you if you ever have need of my services. 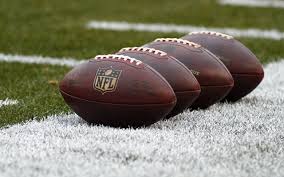 While the recent decision to reinstate Tom Brady’s appeal may seem like a distant drama of the sports world involving billionaire owners and millionaire players, the appeals court decision has impacts for both employers and employees in labor unions. The Brady case is now Federal precedent, and that precedent holds that an employer’s arbitrator has a tremendous amount of power to decide labor disputes without being subject to court review. See NFL v. Brady, Docket No. 15-2801, (2nd Cir., 2016).

For employers, this means that there is yet another precedent strengthening the already high burden that employees face in overturning an arbitrator’s decision. Employers know that arbitration is an excellent way to keep legal costs down and to resolve labor disputes far more quickly than resorting to the court system. Although an employee can try to attack an arbitrator’s decision in court, the Brady case demonstrates that doing so is a difficult proposition even when the arbitrator’s decision appears to be very controversial.

For employees, the Brady decision underscores that employees may be giving up significant legal rights when agreeing to arbitration. The Brady decision stresses the importance of bargaining for guarantees in that an arbitration will be fair. In Brady’s case, the NFL collective bargaining agreement gives the commissioner a tremendous amount of latitude and discretion, which is a key point the Court relied on in making its decision. Had the collective bargaining agreement been drafted differently, Brady may have had a much better shot at his appeal. Employees and labor unions should take note and understand just what they are agreeing to when they consider arbitration clauses in contracts. 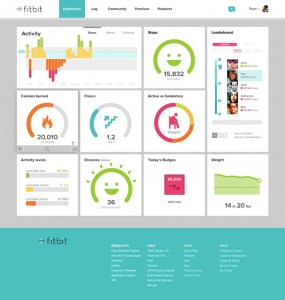 Social media, and the concept of posting where you are and what you are doing to your friends and followers, has been with us for over a decade. Predictably, it took the law some time to catch up, but today lawyers attend conferences where talks are being held about how litigators can mine information from the rich area of a person’s social media space. I recently worked on a case in which a company’s key defense was that they had no responsibility for the commercial garage where an accident happened – essentially an “it wasn’t us, it was them” defense. The key witness for the defendant claimed his company did not build the garage, only to be impeached by the Facebook posts, complete with pictures, in which he bragged about the great job his company did building it.

But getting information from Facebook, Twitter, and other social media web sites is old news. The coming wave in electronic discovery will be getting information from wearables – that Fitbit around your wrist, that Apple watch you’ve got your eye on, and those Google glasses you’re wearing. While these devices promise new innovations in how we live our lives, they also provide ways for prosecutors, plaintiffs, and judges to get information on where you’ve been and what you did while you were there.

Although this concept is actually not that new, society is just starting to catch up to the implications. In the Aaron Hernandez case, police were able to follow digital footprints he left in the wake of his alleged murder. The electronic evidence on different cell phones in that case has been central evidence in that case, and was recently the subject of motions to suppress. However, the most poignant lesson from this case is that police were able to track Hernandez’s movements not just from information in the cell phone like texts or calls made. Rather, the simple fact that Hernandez was carrying a cell phone, and the phone was turned on, allowed police to contact various cell phone towers in the area, obtain logs, and triangulate Hernandez’s location after the fact. That means police did not need to monitor the suspect in real time. They could go back, after the suspect committed the crime, and investigate where he was and what he did just by looking at an electronic footprint left by the digital device he was carrying.

Wearables like Fitbit and Google Glass will offer far more evidence than just location. Consider that Fitbit uses a 3-axis accelerometer to gather data about your movement. This data can be used to extrapolate how many steps you took in a day, distance traveled, calories burned, and even how you slept. Combine that data with a time stamp, and maybe even location tracking from that cell phone you carried around all day, and suddenly you have left enough digital clues for an investigator to discover whether you walked or ran from the scene of the crime, whether you got into a car, and where and when you slept that night. With Google Glass, investigators just might get real time photos or video of the events. In the criminal context, that kind of information can help put a criminal behind bars. In the civil context, well, imagine a divorce proceeding in which your ex can get information on not just where you spent the night, but whether you were actually sleeping.

For individuals, the privacy implications can be staggering. Privacy laws have certainly not kept pace with these types of advances in technology. For lawyers, this area opens new avenues of discovery, but also new ways in which we must advise and protect our clients. Employers are just now beginning to discover the utility of social media policies for employees. It might already be time to update those policies to consider the implications of wearables and the potential exposure they might bring. But certainly, for judges, legislators, and executives, it’s time to take notice and take steps to deal with this brave new world.